Recap 3: The Two Guys who had Everything in their Hands

I was the first to wake up on October 19, 2007. Mamma and Bua had just about started to get up when I came out of the bath. And now, since there were several hours before the driver would come to transport us to the Hospital, I just spent time watching HBO. I was not supposed to have even water today. Not that I was thirsty anyway. In fact, secretly, I was h 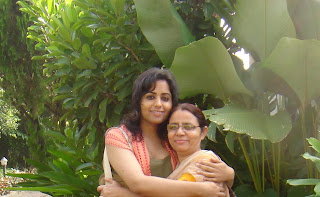 appy with the forced dieting of these two days. At least, I’d lose some unnecessary fat that way. I didn’t think then that post October 19, I would be losing tremendous amounts of weight anyway.

We reached Piyavate Hospital by around 12 noon. After the paper-work, we were taken to the special room reserved for me by Dr. Chettawut. I couldn’t have asked or 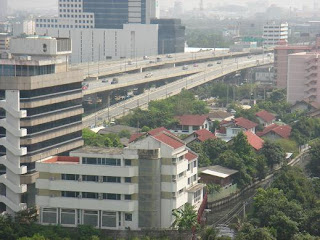 wished for better facilities and arrangements than what were available there. The nurses were extremely warm and helpful, and the room was the most comfortable with a wonderful view from the window. I was told the Hospital was amongst the best in Bangkok and the International Patients Wing, where we were, was state-of-the-art.

I changed into the hospital gown, and loved its soft liquidy touch on my body. I practiced on the button for switching on the microphone to call for the nurse. I repeatedly moved the back of the bed up and down with the touch of another button. I was enjoying myself and a smile was pasted on my face throughout! Mamma was smiling too, but I knew she was not enjoying herself. To her credit though, she didn’t let her worries eclipse my excitement. 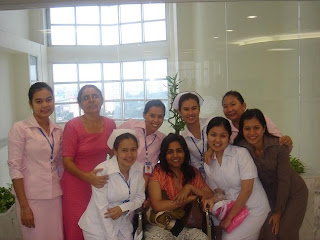 The doctor was supposed to arrive by 2 pm, but he made me wait till 4. And then, when I was just about too bored of waiting, the door opened up and a few men and women from his team entered, made me lie down on the stretcher and took me away. I couldn’t talk to Mamma or Bua much. I just smiled at them while leaving and they smiled back. I think Mamma’s outstretched hand did wish for a moment to be able to stop all this and pull me back, but then, she got over herself and simply waved to me with that hand.

The Operation Theatre was terribly cold and I was shivering all the more because I had no energy thanks to the diet and I was dressed in a thin hospital gown. As I lay there waiting for the doctor, I was singing to myself…

The anesthesiologist came first. Dr. Veera, his name was. I told him that Veera means ‘brother’ in Punjabi and that I call my elder brother that. He smiled and said – “Oh, so I’m your brother!” And then, we were just having some insignificant unnecessary small talk until Dr. Chettawut finally arrived.

I never got to see him though. I just heard that he was coming and then Dr. Veera asked me to turn sideways. As he injected something in my back, I realized that I wanted to shake hands with Dr. Chettawut once. I saw a shadow walk past me and I knew it was him and I said to him – “Doctor please, can you shake hands with me?”…

Mamma was caressing my forehead. I couldn’t see her properly. I could feel somebody was standing right behind her, and figured it must be Bua. “Are you okay?”, Mamma was asking. I think I mumbled, “Surgery?” And she said, “It’s over. It’s all over. Everything’s fine.”

And before I fell unconscious again, I whispered, “I can’t believe it’s over”…