Till I was about 4 years old, I used to think that my family – my father, mother, brother and I – were the only people in the world! It’s strange, I know. Chandigarh was never an island. I mean, I did see people in my extended family and around, but somehow, it never truly registered that they were as living and just as much human as we were.

And then, it all changed one day. Our family of four, seated on my father’s scooter (with me on my mother’s lap), was waiting for the light to go green at a crossing. As we waited and I looked around, I started to notice other men, women, and children in the women’s laps, just like me – waiting for the light to go green, just like us. It was at that moment that it struck me, and I said to my mother, “Mummy, do you know that we’re not the only people in the world?” My poor mother was clearly befuddled, then she shook her head in exasperation (“Children!” she must have thought) and said, “Of course we’re not! Who told you we’re the only people in the world?”


Do you know what is one of the scariest feelings ever? That “I am the ON 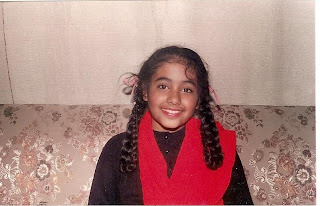 LY ONE in the whole world”! It cannot get any lonelier when amongst all the people around, including your dearest ones, you cannot see even a single person who would be able to or would try to understand you, caress your forehead and tell you – “It’s alright child! You’re not abnormal; you’re just one of the many beautiful possibilities of human evolution.”

From the feeling that I’m the Only One in the Whole World who is like THIS, breeds the feeling of being wrong somewhere, of being guilty of not being able to be like every other child, besides being terribly lonely and helpless because there is just no way to ‘amend’ yourself.

It takes years, sometimes, decades of silent turmoil to realize that perhaps… just may be… I’m not the only one… I’m not wrong… I’m not abnormal.

I fought with myself for 17 years, until the first time I got to access the boon called the internet and know that there were millions others who were like me. Many of them had personally shared their experiences of the whole process of their coming to terms with themselves and finally going ahead with the pursuit of their true identity. The relief I got on reading them can never be expressed in words. They handed me something I had lost a long time ago, a weapon that thereafter, helped me fight not only the formless enemies inside me but also shield my precious self from the jeers of the world. They gave me… HOPE!

So, even if today, some of the dearest people in my life tell me that I shouldn’t get stuck with ‘transsexuality’ in my public life, that I should move on from it now that I’m post-operative and accepted and acknowledged as a girl… somehow, I tend to go back to the 17-year-old me, reading about somebody’s life on a computer screen in a cyber café and feeling an unbearable weight being lifted from my heart… and yet again, I believe that in this world of silence, every little voice of Hope matters.